Jayshree Tablet Science can also provide Rotating Head Punch which helps in enlarging the life of the shaped punches by offering less friction at a single contact point which puts less wear on the head of the punch, effectively enhancing longevity of the Tool life. Our offered rotating head provide a two-part punch configuration. This design configuration, head of the punch rotates independently with respect to the keyed Punch body.

The rotating head provides a two-part punch configuration. The head of the punch rotates independently to the keyed punch body. This creates increased contact surface area between the cam and punch head. Therefore, these outcomes in making of less rubbing between the Cam and the Punch Head which lessens mileage in formed Punches with settled key position in light of the fact that the punch head gets hit by the Cam over and again on a similar spot which isn't the situation when Rotating Head Punch is put into utilization. The other huge advantage other than broadened life of the Rotating Punch is the likelihood to build the speed of the Tablet Press. 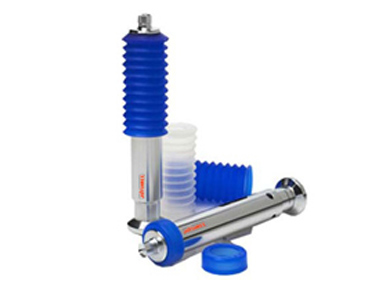